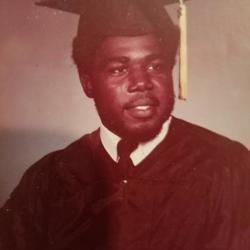 It was a long walk, some 20 miles from his home in Milledgeville to relatives living in the rural community of Deep Step. But 58-year-old Euree Martin made the trek routinely, without incident.

But on July 7, someone observing Martin just walking down the street thought he was acting suspiciously and called 911. Three Washington County deputies responded and attempted to take him into custody, despite no evidence that Martin had broken any laws, according to the GBI.

Video showed the deputies hovering over Martin, deploying their Tasers to get him to submit. After multiple shocks, Martin went into respiratory distress and died.

December 2017 Three Georgia police indicted for needlessly tasing an unarmed man to death.  Because, unlike most times this happens, a motorist happened to pass by at the exact time of the incident and captured the incident with his cellphone camera. The video shows Martin backing away from the cops. It shows him writhing on the ground in pain as he is being tased. It shows the officers kneeling on Martin’s body to handcuff him. Police have not released the dashcam video to the public, but the cellphone video doesn’t show Martin punching, kicking or physically attacking the cops in any manner.

In June 2018, the same three officers were reindicted by a Washington County grand jury. In February, the initial murder indictments against the three men were dismissed because a court reporter was informed by Middle Judicial Circuit District Attorney Hayward Altman that she was not needed the day of grand jury proceedings.

On August 13, 2020, The Supreme Court of Georgia began arguments in the case against three white former Washington County deputies for the murder of Eurie Lee Martin.