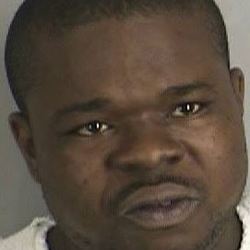 Police said officers were responding to a call about an armed suspicious party in the area just before 5 a.m. Investigators said the shooting followed a foot chase.

"Out of nowhere, we hear gunshots. I thought it was just firecrackers," said neighbor Jerrica McGill. "I look out and there is police everywhere. Then we see a body on the ground. I'm thinking it was a plastic bullet."

Police said a handgun was found Turner after the shooting.

Witnesses said the body remained on the street for hours.