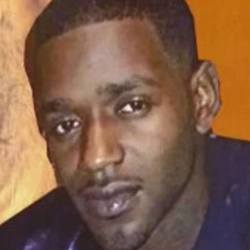 A man who died after he was shot in the head Friday afternoon on the Far South Side by a police officer was the second man in less than 24 hours shot dead by Chicago Police.

Gang Investigations officers tried to pull over a vehicle in the 10600 block of South Cottage Grove about 4 p.m. after learning someone inside was a wanted suspect, according to a statement from police News Affairs.

After they pulled over the vehicle, a man inside took out a handgun and pointed it at police, the statement said. An officer then shot the man, who was placed into custody and taken to Advocate Christ Medical Center in Oak Lawn.

During a traffic stop last July, Chicago police shot a man in the back of the head. His family calls the shooting unjustified.  Now, they’ve filed a wrongful death lawsuit to get answers.

A recording of the police radio that night tells part of the story: “Emergency! Shots fired by the police — 10639 South Cottage Grove.”

There were no cameras at the shooting scene where Eugene McSwain, a 26-year-old wanted on an Indiana burglary warrant, died. But because police reports conflict with other evidence, McSwain’s father hired an attorney to file a lawsuit.

“In many ways this case is just like the Laquan  McDonald case, where a police officer shoots someone in a highly questionable manner,”  attorney James Montgomery Jr. says.

McSwain was in the passenger seat of a truck. According to police reports, he reached under the seat, pulled out a gun and pointed it at a police officer.

This begs a question: If the officer was in fear for his life because McSwain was pointing a gun at him, how did the suspect end up with a bullet in the back of his head?

“That is the million dollar question, because that’s impossible, and that’s what we’re going to ask the police officer during this lawsuit,” Montgomery said. “It didn’t happen that way.”

A cell phone and gun were found on the truck’s floorboard.

According to the Citizens Police Data Project, the officer, Detective Gary Bush, has had nine complaints in recent years. Three involved use of force, four involved illegal searches. All of them were unsustained.

Police reports in the McSwain case show eight officers at the scene used identical words that they were “in fear of great bodily harm and death” and that McSwain pointing a gun at them posed a threat.

“Once again, we’re faced with we don’t know who to believe about what, when the police write reports. And the public deserves far more than that, and certainly the family of Eugene McSwain Jr. deserves more than that,” Montgomery says.