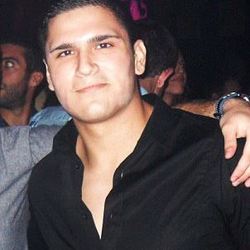 25-year-old Ethan Rincon was killed by Miami-Dade police responding to a Palmetto Bay neighborhood after residents reported that a man was outside smashing car windows. By the time officers arrived, Rincon, was back inside his family's home. But Ethan's parents, Carlos and Carmen Rincon, would later say that when they tried to explain to police that their son had Asperger syndrome and required special assistance, the officers ignored their pleas and burst into the house without warning.

Within moments, three officers fired multiple shots at Ethan, killing him almost instantly. The officers later said the 25-year-old had attacked them with a pickaxe. Rincon was pronounced dead at the scene.

Months after the shooting, Carlos and Carmen Rincon filed a federal lawsuit against the officers for using excessive force and causing the wrongful death of their son. Miami-Dade County lawyers representing the officers argued that the suit should be dismissed because the officers were covered by qualified immunity.

McAliley also found that, at this stage of the lawsuit, there is no evidence to show that Ethan was threatening or attacking the officers with a pickaxe before he was shot.