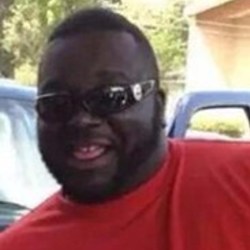 “Ervin Leon Edwards, 38, died face down in a jail cell after a half-dozen officers held him down and tasered him, then left him for dead. His crime? Police were questioning him about an argument with his girlfriend and then began harassing him over his “sagging pants,” according to the lawsuit. He was arrested moments later and brought to the West Baton Rouge jail. As Edwards was being arrested, for seemingly no reason, he began to voice his discontent. Nonetheless, officers still managed to restrain him and bring him to jail. During the arrest, police threatened to taser Edwards at which point his girlfriend begged them not to because of Edward’s high blood pressure, according to the lawsuit. The video starts as Edwards is dragged into an isolation cell by a half-dozen officers. He appears to have his hands restrained behind his back at this time. As police were apparently attempting to restrain him further, Edwards can be seen struggling. However, at no point, does he appear to pose a threat to the myriad of cop boots on and around his body. At this point, we can see that one officer applies his taser to the buttocks of Edwards, and the man goes completely limp. Instead of checking on the man, who is now obviously unconscious, the officers slowly backed away from the body and left the cell. One officer is seen pulling the pants from Edwards limp body before closing the door.