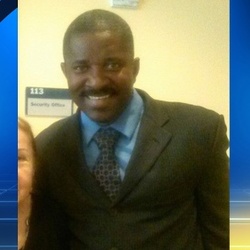 Police said officers were forced to fatally shoot Ernesto Medina Lopez, 42. The shooting happened about 2 a.m. Thursday, September 24, 2015 at a Florida apartment complex. Miami-Dade police said they received a 911 call about a possible stabbing. When officers arrived, they said a 13-year-old boy and his mother were found stabbed. When police found Lopez, there was an altercation that led to the shooting. Police said Lopez, who is the husband and father of the two victims, may have had mental illness.