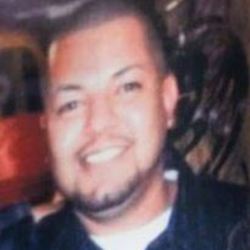 The family of a man shot and killed by police has filed federal lawsuits against the city of Santa Ana, accusing officers of using excessive force while carrying out what they claim was an illegal search and arrest.

The shooting of Ernesto Canepa during a robbery investigation on Feb. 27 drew heated protests by family and supporters at a Santa Ana City Council meeting, as well as scrutiny from the Mexican government.

According to police, officers were checking on a vehicle parked in the 1000 block of West Third Street that matched the description of a car involved in a robbery in which a gold chain was snatched off a 63-year-old woman. They reportedly encountered Canepa and a shooting ensued, leaving Canepa dead.

Police have not outlined what sparked the shooting, although they did indicate that Canepa became “uncooperative” at some point during the confrontation with officers.

Witnesses claimed Canepa was unarmed. Authorities indicated that a replica handgun was found in his car.