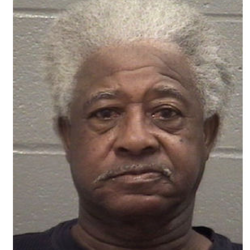 On Feb. 9, 2014, North Augusta police officer Justin Craven responded to a call about a DUI and eventually tracked down Ernest Satterwhite, who had reportedly hit two other vehicles.

A car chase ensued, and when Satterwhite, 68, pulled into his driveway in Edgefield, Craven parked his car, walked up to Satterwhite’s window, and fired several shots into the car, the Edgefield Daily reported. Craven later alleged that Satterwhite, a black man who was unarmed, had reached for a gun.

Satterwhite was later transported to the Trauma Center in Augusta, but died during surgery.

Craven, who is white, was charged with a misdemeanor for “misconduct in office” in September, but a subsequent investigation by the South Carolina Law Enforcement Division (SLED) resulted in the charge being elevated to a felony.

On Tueday, he was arrested and charged with “discharging a firearm into a vehicle while occupied,” according to a statement from SLED statement officials.

Wednesday, Jan. 20, 2016 EDGEFIELD CO, S.C. (WRDW) -- The Edgefield County Solicitor's Office has said the trial for Justin Craven has now been pushed back to the April term. The April term begins on April 4, 2016. However, that does not mean the trial will begin promptly on that date.

On April 11, 2016, Officer Craven took a plea deal and was sentenced to three years of probation.