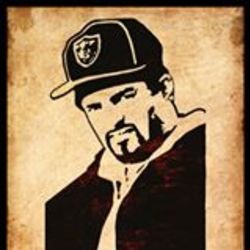 On June 8, 2011, Ernest Duenez, 34, was shot and killed by Manteca, CA police officer John Moody. Moody was waiting down the street for Duenez to pull into his driveway. When he saw Duenez’s truck, he followed him into his driveway where he yelled at Duenez to put his hands up and to drop a knife, despite the fact that no knife was visible. As soon as Duenez stepped out of the car, within four seconds, Moody fired 13 bullets, striking Duenez 11 times in his back, chest and head. Witnesses stated they saw the police give each other high fives while watching the dashboard camera (dash cam) video of the shooting.

At first, police stated that Duenez had a gun and that there was no dash cam video. But after months of fighting, the family was able to obtain the video, which does not show Duenez in possession of any weapon. A forensic team and other experts later confirmed that Duenez held no weapon whatsoever.  Moody was given three days off, and then was promoted to a detective, now training officers. The Duenez family is pursuing a wrongful death civil suit and is asking the U.S. Department of Justice to open a federal investigation.