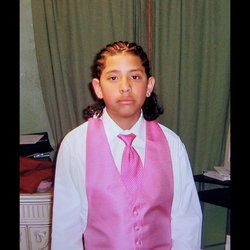 Oakland police spokeswoman Johnna Watson said the incident took place in the 9600 block of Cherry St. at around 10:46 p.m.

The family contacted KTVU and identified Salgado as the man killed by police.

Sources tell KTVU that Salgado was behind the wheel of a stolen red 2018 Dodge Challenger, one of 74 cars stolen from San Leandro Dodge.

Officers also shot and wounded Salgado's pregnant girlfriend, who was taken to a hospital, where she was listed in stable condition.

In total, officers with the CHP fired more than 40 shots from assault rifles.

The Oakland Police Department has not released the names or other information about the people who were shot. No details of the shooting were released.