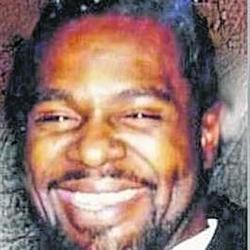 Eric Jack Logan, a father and resident of South Bend, Indiana, was shot and killed by a police officer on June 16, 2019.

The shooting happened around 3:30 a.m. Police were called to the 100 block of North William Street after dispatch received a report someone breaking into cars.

South Bend Police Sgt. Ryan O'Neill responded to the scene and confronted a man, later identified as Logan, who police said was partially in a vehicle in the Central High Apartments parking lot.

The family's lawsuit says that O'Neill then asked Logan if the car was his, and Logan responded "yes."

Officials said Logan then stepped out of the vehicle with a knife in his hand and approached O'Neill with the weapon raised. O'Neill stepped back and ordered Logan to drop the weapon, police say.

Police said when Logan did not comply, O'Neill fired his service weapon twice and struck Logan in the abdomen. After the shooting, Logan was taken to Memorial Hospital, less than a mile away, in a squad car by another officer. He was pronounced dead at the hospital.

O'Neill was wearing body camera, police say he did not turn it on to record the interaction.