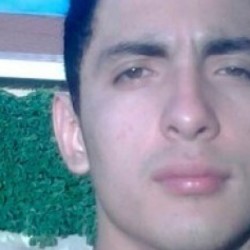 Erick Emmanuel Salas Sanchez, a 22-year-old man who was shot by an El Paso police officer, has died, according to the victim’s mother and police. Police responded to a burglary call at 9:11 p.m. in the 300 block of Jesuit Drive, and when officers arrived at the home, authorities said they came in contact with a man they believed was the suspect.

The night of the shooting, police responded to a burglary happening on the same block Salas Sanchez lived. At the time, police said the location Salas Sanchez was shot was a different location he was suspected of burglarizing. Police said when they encountered Sanchez, he threatened to kill them with a metal object. When he allegedly charged at them, they tried to tase him, but that failed. That's when a 10-year veteran of the department shot and killed him. However, the autopsy report has revealed that he was shot in the back, calling into question whether Sanchez could have been charging at officers when he was shot.

May 2015 Mexican Government asks for investigation into killing

August 2015 Autopsy Report - Shot in the back

In October 2019, the El Paso police officer was found not guilty of manslaughter in the deadly shooting of Sanchez.

It was the second trial for Officer Mando Gomez; his first trial earlier this year ended in a mistrial after a prosecutor collapsed in court. Gomez maintained he shot the man because he felt threatened — although prosecutors had pointed out that Sanchez was shot in the back.

The El Paso Police Department declined to comment on the acquittal.

In June 2020, protesters demand the resignation of the El Paso police chief.