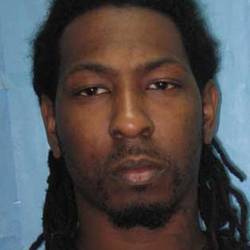 Authorities on Thursday identified Eric Tyrone Forbes, 28, as the man they say they killed after he fired a gun at police officers in a residential block of Miami’s Liberty City. At least two Miramar officers — who had chased him from Broward County — returned fired. A passenger in Forbes’ car, Stacy Williams, 28, was arrested and charged with resisting arrest without violence and marijuana possession.

The chase started on the afternoon of December 31, 2014 after Miramar police went to a home in the city looking for a white Nissan Altima traced to the robbery of a Western Union check-cashing store. The Altima took off, leading officers south down Interstate 95 to Miami.

The Miramar officers who fired were placed on administrative leave, which is routine in police-involved shootings. Miami-Dade prosecutors said they would review the case to see whether officers were justified in killing Forbes.

The president of the Broward County Police Benevolent Association said the officers had no choice but to use deadly force against an armed attacker. “They wanted to go home. They didn’t want to die. It was kill or be killed,” Marano said. “It’s take action or die and that’s what we’re faced with out there.”