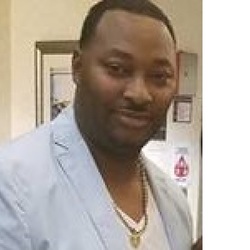 46 year-old Eric Higgs was shot and killed by police after a pursuit and standoff on Interstate 55 in Tate County.

The Mississippi Bureau of Investigation says the man fired shots at the officers and one of them was hit.  That officer is going to be okay.

According to MBI, the shootout happened around 3:00 p.m. Sunday afternoon.  A Hernando police officer tried to pull over the suspect on I-55 in Tate County right before the Como exit.  Sources close to Local 24 say the man was wanted for killing his wife out of Martin, Tennessee.  The incident happened near the Tate County, Panola County line.

Investigators say the man on the run led officers on a chase and then eventually crashed his car into a ditch.  A witness on the scene says officers tried to convince the man to get out of the car, but he wouldn't comply.  After a short time, the suspect then got out of the car and started exchanging gunfire with officers.