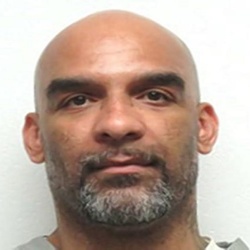 In Tulsa, Oklahoma after chasing Eric Harris, a 44 year old African American man, down following a sting operation, police had him on the ground, restrained. And one of the officers yelled at Harris,“You shouldn’t have f—–g ran!” as Harris is held down by his neck and head. The White officer who pulled the trigger, Reserve Deputy Robert Bates, 73 shouted, “Taser! Taser!” before pulling the trigger on his gun, firing a round into Harris. “I shot him!” the former policeman says, dropping his gun. “I’m sorry.”

On June 1, 2015, the state announced it was investigating the Tulsa sheriff's office in light of the killing of Eric Harris

Defense attorney Clark Brewster told The Associated Press Friday that his client, Robert Bates, waived his right to a preliminary hearing because the basic facts of the case are not in dispute. The former Tulsa County Sheriff's Office reserve deputy has pleaded not guilty to second-degree manslaughter in the April 2 death of Eric Harris.

On June 29, 2015, The family of Eric Harris filed a 56-page lawsuit against the Tulsa County sheriff, the county commission and several others. The lawsuit alleges corruption within the sheriff’s office that has not been made public yet, and it says that all of the responsibility falls on Sheriff Stanley Glanz. The following day, responding to a community petition, an Oklahoma judge ordered a grand jury investigation into the Tulsa County Sheriff’s Office. On July 2, the Oklahoma Supreme Court, weighed in saying it will consider whether to stop the grand jury investigation into the embattled sheriff.

A judge ruled on July 13, 2015 that Robert Bates, the former volunteer sheriff’s deputy who fired the fatal shot will face a jury trial in February.

On September 2, 2015, Bill Adams, who left the Tulsa County Sheriff's Office in 2010 after clashing with supervisors, testified for about half an hour before a grand jury investigating the agency, saying that a 2009 memo accurately questioned the competence of reserve deputy Robert Bates before the Harris shooting. Adams also said he turned over documents to jurors, but declined to comment on the nature of the information.

On September 30, 2015, Tulsa sheriff Stanley Glanz quickly decided to resign after he was indicted on two misdemeanors by a grand jury investigating his office following the shooting of Harris. The grand jury accused the longtime law enforcement officer of refusing to perform his official duties for not promptly releasing documents in an internal investigation related to the volunteer deputy, Robert Bates, one of Glanz’s longtime friends.

May 2016 Jurors quizzed by private investigator.

On May 31, 2016,  Robert Bates was sentenced to four years in prison, the maximum penalty recommended by jurors who convicted the wealthy insurance executive of second-degree manslaughter. On June 7, Bates' attorneys filed notice that he would be appealing his manslaughter conviction. Reasons for the appeal were not specified.

On October 19, 2017, Robert Bates was released from prison after 1½ years of a four-year sentence for killing Eric Harris.

An appeals court unanimously upheld Robert Bates’ manslaughter conviction Thursday in the shooting death of Eric Harris nearly three years ago after the judges denied each of the defense’s five claims of trial error.

The group We the People collected over 6,000 signatures to launch a grand jury investigation into the Tulsa County Sheriff's Office and the April shooting death of Eric Harris by Reserve Deputy Bob Bates.