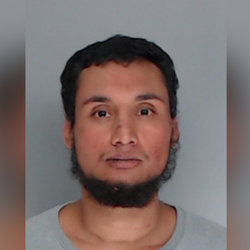 It happened on June 3 around 5 p.m. Investigators went to a home in the 2000 block of Rockford Drive to question a person of interest in the recent murder of Jose Aguilar. CCPD officials said that two detectives and at least one patrolman showed up to the home.

Police said a family member let them into the home and told them the person they were looking to question, Eric Galvan, was in the back bedroom. Once in the room, investigators said Galvan grabbed a handgun from underneath a pillow. They said they used a taser to try to disarm Galvan, but that did not stop him from firing the gun. At some point, the officers said they had no choice but to open fire on him. Galvan was taken to the hospital where he later died.

"Only after officers started losing control of the suspect firing rounds did they fire back at the suspect," Chief Mike Markle said. "I tell you, the national narrative, making our officers hesitant to protect their own lives because they don't wanna corrupt the media is problematic."

According to District Attorney Mark Gonzalez, it's possible that Galvan died from a self-inflicted gunshot wound.