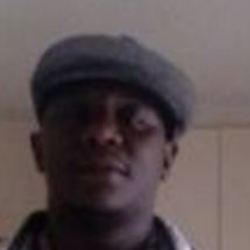 The Lufkin chapter of the Clergy and Police Alliance has released a statement in regards to an officer involved shooting that left a man dead Wednesday morning on Kurth Drive.

In order to correct misinformation that is being spread about the internet, we believe it is necessary to share the following firsthand information about the police officer involved shooting that occurred on Kurth Drive early this morning.

There is an outside agency conducting a full investigation of the shooting. Once all the evidence is in and presented to a grand jury, it will be available to the public. Until that time, the information is not generally available because it is all part of an on-going criminal investigation.

In our official capacities, however, we have listened to audio and video from the officer's body camera. It was immediately evident to us that the actions of the officer involved in the shooting saved the life of a third party in imminent danger. Although the ongoing investigation will determine the issue, it appeared to us that the officer acted professionally and out of necessity.

At the same time, we understand that this shooting is a tragedy for all involved. Our hearts go out to the families of every person touched by the events this morning and our prayers will be with them.

As leaders in our community, we simply want to share our perspective and to encourage people not to rush to judgment based on misinformation or incomplete information.

Police say at around 1:20 a.m., an officer responded to a stabbing in progress call in the 600 block of Kurth Drive just outside of Jones Park.

"The call the officer was responding to was an aggravated assault with a knife," said Lufkin Police Chief Gerald Williamson.

Officials said the officer commanded the suspect several times to stop the assault before shooting him. The suspect and the victim were transported to local hospitals, where the suspect later died.

“This is a very unfortunate situation in which one of our officers was forced to take lethal action in order to save the victim of an assault,” Chief Gerald Williamson said. “Our thoughts and prayers go out to the families affected by this tragedy. An incident where somebody loses their life is the last thing that we want."

Williamson said the officer was physically unharmed during the incident.

Stephen Pickney, the pastor of New Beginnings Baptist Church, said the deceased person was a member of his church. Pickney said he understands it is tough for everyone involved, but he does appreciate the Lufkin Police Department being forthcoming with the family members. Pickney is one of several area pastors that is a member of the Clergy and Police Alliance. The program was started to get clergy to help bridge a divide in the community with police.

"I'm kind of caught in the middle," Pickney said. "I understand from the standpoint of the police them having to do their job. But from a family aspect and as a member of the church and also a family member, it's tough. Especially as a family member, as well as a church member. They told myself and the family that if we had any questions to feel free to call them, and they've been very forthcoming, and I think that helped a lot with the family."

Pickney added, "The family would like for people right now to not jump to conclusions and wait for the facts to come out. We have seen tensions in other areas, and we don't have that here. When situations like these happen, we don't want them to happen, but it's happened this morning, and we don't need any of that in the city. We're just waiting on the facts."

Officials with the police department say the incident remains under investigation by the Texas Rangers, per department policy regarding officer-involved shootings. Williamson said that the officer who was involved in the shooting incident has been placed on a one-week paid administrative leave, and the Lufkin Police Department will re-evaluate the length of the leave at the end of the week.