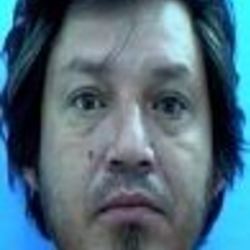 “When officers arrived they found a family member outside of the house who told them the subject was inside, Zwicke said.

The deputies entered the home to try and talk with Garcia, but he emerged from a room with the weapon in hand, Zwicke said.

“They tried to pepper spray him and they tried talk to him, but he still came toward the officers,” Zwicke said.

It was then that one of the officers fired several shots, hitting Garcia multiple times, Texas Ranger Joey Evans said.