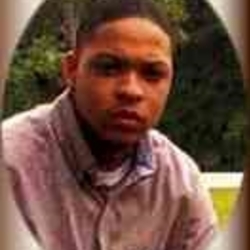 Two months after her fiancé was shot by an Alexander City police officer outside a Huddle House, Kolea Burns still seeks answers.

Emerson Crayton Jr., 21, was shot by an officer in his vehicle outside the Alex City restaurant after an apparent argument with a waitress. And now, Burns has filed a federal wrongful death lawsuit on behalf of their 2-year-old daughter, Germani Crayton.

The suit, filed Wednesday against the city of Alex City, the Alex City Police Department and Officer Tommy Manesse in U.S. District Court in Montgomery, alleges that Crayton’s Fourth Amendment rights were violated by subjecting him to a wrongful seizure and by “unreasonably and unnecessarily” shooting him.

The lawsuit also contends that the three parties denied him due process, imposed cruel and unusual punishment and committed negligence and wantonness that lead to his wrongful death.

Owners and a manager at the Alex City Huddle House are named in the lawsuit, which contends that the business was unfriendly and hostile to black customers and that its employees told Manesse that Crayton had a gun and was threatening to blow up the restaurant. The restaurant was called Wednesday, but the owners did not call back to respond to the suit’s allegations.