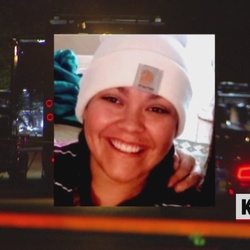 28-year-old, 4-foot-11-inch tall Elisha Lucero was shot by Bernalillo County Sheriff’s deputies who say she “aggressively approached” them outside her home, possibly while armed with some type of weapon. She died at the scene.

Leroy Lucero said shortly before midnight, he called deputies to the family home on the 4100 block of Sheldon SE, southwest of Rio Bravo and Broadway, because his cousin had hit their uncle.

When deputies arrived, Leroy Lucero said, Elisha Lucero refused to leave her RV, which was parked on the property just outside the fence. She said she was not wearing any clothes and didn’t want to come outside.

BCSO Undersheriff Rudy Mora said the woman had locked herself inside the RV and armed herself with a weapon. He would not say what the weapon was. Accordng to police, Elisha Lucero exited the RV at one point and aggressively approached, closing distance on the deputies, who shot and killed her.

In July 2020, New Mexico’s attorney general took over the investigation of whether deputies should face charges in the shooting death of a mentally ill woman.

In July, 2020, the family of Lucero pushed for change with a new billboard campaign.