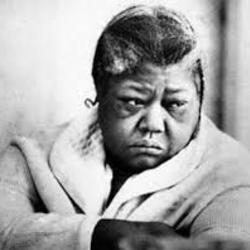 Shot by police during an eviction proceeding.

Lest We forget...The police murder of Eleanor Bumpurs.

Eleanor Bumpurs (August 22, 1918 - October 29, 1984) was an Afrikan woman who was shot on October 29, 1984 by police enforcing a city ordered eviction from her apartment in the Bronx. In requesting NYPD assistance, housing authority workers told police that Bumpurs was emotionally disturbed, had threatened to throw boiling lye, and was using a knife to resist eviction. When Bumpurs refused to open the door, police broke in. In the struggle to subdue her, one officer shot Bumpurs twice with a 12-gauge shotgun.