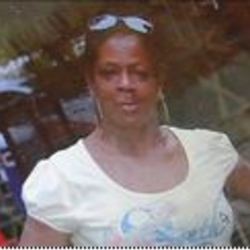 Kerss said the charges are in connection to the Dec. 5 death of Edwinta Ruth Deckard, 53, of Nacogdoches.

Deckard was booked into the jail on Dec. 2 on misdemeanor theft charges. She became ill on Dec. 4, according to a previous report, and taken to the hospital after 6 a.m., where she died.

Kerss said an autopsy ruled that Deckard died of natural causes and dehydration.

In a December interview, Kerss said Deckard had a lengthy history of health problems.

The grand jury indicted Owens and Russell on June 18. Kerss said they were put on suspension on June 21.

“It’s an unfortunate set of circumstances all around,” Kerss said. “I hate it for the Deckard family. I also hate it for these officers. Despite the indictment, I have a hard time recognizing the criminal element being involved and we’ll see where it takes us in the future.”

The indictment states they “did then and there by criminal negligence, cause the death of an individual, Edwinta Deckard, by failing to provide appropriate medical care.”

“I think everybody in the entire system, from the top to bottom, is surprised about this. I would anticipate a pretty quick end to this,” said Tim Jones, Elizabeth Owen’s Attorney.

Criminal defense attorney John Boundy says jailers are not trained physicians and have to use their best judgment when it comes to the welfare of inmates.

“In an institutional setting you have people who have legitimate medical problems and need attention and then you’ve got the people who complain about everything and jailers have to deal with that on a 24 hour a day basis,” said Boundy.

Kerss believes failure to recognize the severity of her symptoms doesn’t necessarily constitute as criminal behavior.

“I’ve looked this case over forwards and backwards and I fail to see where those criminal elements have been met,” said Kerss

Kerss believes the indictment is an opportunity to work with the Commissioners Court to increase the medical team available to the jail.

Kerss said the case was jointly investigated by his office and Texas Ranger Tom Davis.

Late 2012 A visiting judge signed an order Tuesday to quash an indictment against two former Nacogdoches County jailers, essentially ending the prosecution of the case involving an inmate who died in jail.