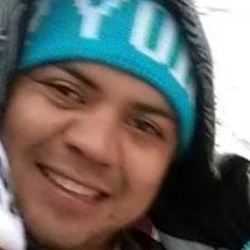 The Georgia Bureau of Investigation said a man is dead after an officer-involved shooting on Thursday night.

A spokesperson for the agency said preliminary information indicates a traffic stop was conducted on Hartwell Highway near the Georgia Guidestones and it led to a foot chase.

According to reports from the GBI, an Elbert County Highway Patrol trooper initiated a traffic stop on a vehicle driven by Edwin Amaya Maldonado, 24, or Elberton, G.A. for a traffic offense at the intersection of Georgia Hwy 77 and Red Hill Road around 7:45 p.m.

During the stop, reports say Maldonado was found to e driving without a license and was suspected to be driving under the influence. When the trooper attempted to arrest Maldonado for the offenses, reports said Maldonado resisted arrest and reached for the trooper's gun belt.

In response, reports state the trooper shot Maldonado once, striking him in the torso area. Maldonado died at the scene of the incident as a result of his wounds, according to the GBI report.

His body was transported to the GBI crime lab for an autopsy.

The Georgia State Patrol requested GBI's assistance at the scene, and the GBI will continue an independent investigation to determine what occurred during the incident. When the investigation is complete, it will be turned over to the Northern Judicial Circuit District Attorney's Office for review.