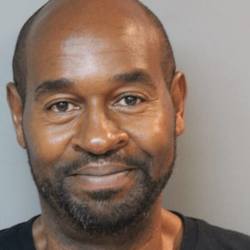 A Good Samaritan with a concealed carry permit shot a man who was attacking a Lee County deputy on an I-75 off-ramp Monday morning.

Witnesses who say they saw the whole thing happen told us a deputy tried to pull over a man near the Corkscrew exit.

The suspect took off in his vehicle, reaching speeds up to 100 miles per hour. Eventually, the driver got out of his car on an off-ramp and attacked the deputy.

That's when witnesses say a third person came over and shot the suspect, who later died.

"There was a lot of other lives that he was putting at risk, including mine and my daughter's," said Nicole Ambrosini, who saw it all happen. "I saw a car approaching me from behind at a very fast rate."

That car, a blue Toyota, "then swerved onto the shoulder on the left side and had to have been around 120 miles per hour," she said, describing how she watched a deputy give chase. Both cars eventually got off at Exit 123 - Corkscrew Road.

Witnesses saw the driver attack the deputy before they say another man ran up with a gun shouting at the suspect to stop.

"I saw the deputy and the suspect out of their cars with the doors both wide open and they were some type of altercation," Ambrosini said.

"He just kept beating him and beating him," said Shanta Holditch. She said the deputy was pulled out of his patrol car by the suspect, "throwing him to the ground and punching him in all different directions."

"I heard like three shots. He fell down on top of the police officer," said Mr. Smith, a witness. "After a moment, the police officer rolled him back over, got on his mic, then rolled over back on the ground besides the guy."

The scene covered miles from the I-75 S Corkscrew Road exit to where the law enforcement helicopter landed twice. Two miles ahead, Florida Highway Patrol and cadets were seen canvassing for evidence.

"I was just trying to get out of the way, but I got surrounded," Smith said.

Those who saw it for themselves were still in shock over what happened.

"The guy that protected, shot the bad guy, was a guy that pulled over on the ramp and saw the guy beating the officer. He pulled out his gun," said Smith.

It is unclear if that person was a Good Samaritan or an officer not in uniform. The deputy who was attacked was rushed to the hospital, but he is expected to recover.

Sources have identified the deputy as Deputy Dean Bardes. He is a 12-year veteran with the Lee County Sheriff's Office, mainly working traffic details.

Sky2 video of the scene shows two vehicles. Both cars remain at the scene and have been central to the investigation with crime scene technicians in and out of them.