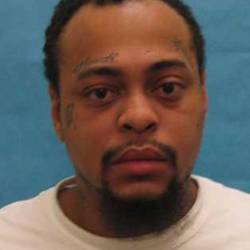 Edward Foster III was leaving a corner store on SW 187th Ave. and 328th St. when Miami-Dade Police investigators said a 911 call was reported of a man with a gun. Police told CBS4 the responding officer Anthony Green, and Foster argued, before the officer shot him. The store owner, who wished to remain anonymous, said she heard the gunshots. “He was in knee stance, on his knees and he fell to the ground as we ran outside,” said the store owner. Foster was taken to Kendall Regional Trauma Center where he was pronounced dead. It’s still unclear if 35-year old Foster threatened the officer, but detectives said they found a gun on him. But Foster’s sister, Andrina Foster, who was not there at the time, insists her brother did not have one on him.

This is not the first time officer Anthony Green has been involved in deadly police shootings, Homestead Det. Fernando Morales said Thursday. In 2007, Green shot and killed Anthony Cinotti, a convicted murderer trying to woo back his ex-girlfriend, Caridad Toledo. Cinotti pulled out a knife inside his car and began stabbing her and her 11-year-old son. He was cleared in that shooting, and named a finalist for the Police Benevolent Association's Officer of the Year Awards for staving off a domestic violence incident. In 2005, Green also shot and killed Jason Williams during a fight. Williams was unarmed. Green was cleared in that shooting.