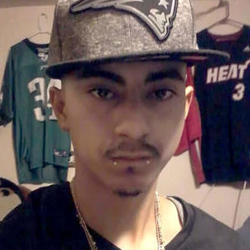 According to a news release, unintended police target, Edgar Camacho-Alvarado, 23, was fatally struck by gunfire and pronounced dead at the scene when police attempting to serve a warrant. State police said U.S. Marshals went to a home near Unser and Central streets in southwest Albuquerque to serve a warrant when a deputy got into a confrontation leading to shots fired.

Camacho-Alvarado's family wants justice after members say police shot and killed the wrong person. Perla Alvarado said police told her they shot and killed her cousin by mistake and he was not the man they were looking for.

The Office of Medical Investigators released the autopsy and toxicology reports on 23-year-old Edgar Camacho-Alvarado on Wednesday May 12, 2016. The autopsy report shows Camacho-Alvarado was shot once in the right side of his chest, near his armpit. The bullet ruptured both of his lungs and several ribs before coming to rest in the left side of his back.