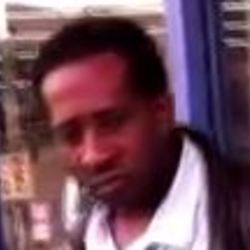 Shortly after 3:30 p.m., officers responded to a call of vandalism at a 99 Cents Only Store, according to a news release from the Los Angeles Police Department. Before the officers arrived, they were told that the man had a knife.

When officers arrived, they saw a man, later identified as Phongsavad, with a knife outside the store.

“The suspect confronted officers, and an officer-involved shooting occurred,” according to the release. The release did not say whether both officers shot at Phongsavad.

The Los Angeles Fire Department responded and pronounced Phongsavad dead at the scene at 4 p.m., according to coroner’s records.

"When officers arrived at the scene, an altercation between police and the suspect ensued. Officials say they told the suspect to drop a bag of ice which he allegedly stole from the store. Information on exactly what led up to the shooting has not been released, but two officers then opened fire on the suspect...

He was pronounced dead at the scene.

A witness, who wished to be identified as "Maria," reported hearing numerous shots.

"They shot him four times, and he was already dead," she said. "He fell on the bag of ice that he stole, and then, all of a sudden, there's this other police guy that comes and hits him two times with a stick."

Numerous other witnesses say the suspect is a homeless man who usually frequents the area. They described him as being elderly, between 70 and 80 years old."