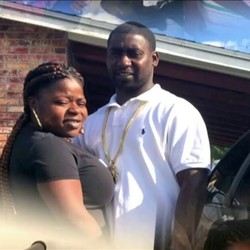 A murder suspect who was fatally shot by Fort Lauderdale police officers Wednesday night was identified Thursday as Dytadious Mobley, 31, who is accused of fatally shooting his ex-girlfriend's mother.

"I definitely hold him responsible for the death of my mom, and he should've been held accountable for his actions, not killed," Letraveya Jefferson said.

One of Mobley's friends agreed that police should not have shot him.

"They shouldn't have killed him like that. They should have just took him into custody," Mobley's friend, Nicole Jackson, said.

Jackson said she came back to the spot where her friend was shot to pay her respects.

Police said Mobley was being sought in a homicide that happened in Fort Lauderdale in January.

"For all his children -- I feel bad for the brother, everybody involved. It's sad," Jackson said.

Police said the U.S. Marshals Service was tracking Mobley when Fort Lauderdale officers pulled him over in a traffic stop just after 6 p.m. Wednesday in the 900 block of West Sunrise Boulevard.

"We attempted to order the subject out of the vehicle. The suspect refused to come out, so less lethal methods were deployed," Fort Lauderdale Police Chief Rick Maglione said.

That's when investigators said Mobley shot at officers, and they shot back.

The flying bullets hit shutters and the window frame of a nearby store, as well as several vehicles.

Two of the seven vehicles towed from the scene Thursday morning had bullet holes in them.