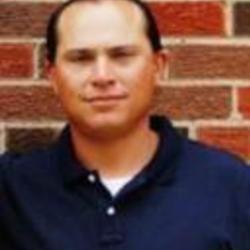 A man is dead after an officer-involved shooting in Hughes County, the Oklahoma State Bureau of Investigation reported.

Authorities initiated a chase after a vehicle ran a stop sign and failed to stop for police.

Rogers was arrested after a police chase ended near county roads 127 and 381, OSBI said.

Rogers was handcuffed and detained in a Wetumka police cruiser when he managed to get out of his restraint and into a Hughes County deputy's vehicle, OSBI said.

Officers said Rogers drove toward a Wetumka police officer. The officer shot at the vehicle and hit Rogers at least once, OSBI said.

Rogers died at the scene.

The district attorney will determine if the shooting was justified.