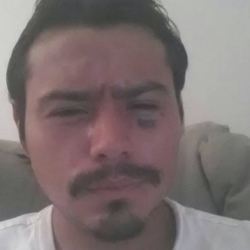 About 2:40 a.m. Wednesday, 29-year-old Dustin Robert Pigeon called 911 and told a dispatcher he was going to kill himself.

Early Wednesday morning, officers found Pigeon holding a bottle of lighter fluid in his left hand and a lighter in his right hand, Oklahoma City police report. As officers approached, he began pouring the lighter fluid on himself and tried to light the lighter as officers ordered him to the ground.

Sweeney was placed on paid administrative leave pending an investigation into the shooting.

Capt. Bo Mathews, a spokesman for the Oklahoma City Police Department, said Pigeon was considered a danger to the officers and others as he was attempting to light the lighter fluid.