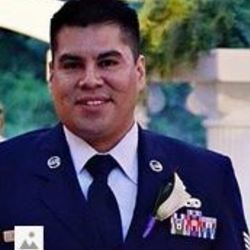 A man with a loaded AK-47 was shot and killed by Owasso police late Wednesday, police have confirmed. The Oklahoma State Bureau of Investigation on Thursday identified the man, Duane Preciado, 39, as the person who died. Owasso Deputy Police Chief Jason Woodruff said officers had responded to a disturbance call before 10:30 p.m. Wednesday in the area of 108th Place North between 151st and 154th east avenues in the Lake Valley addition He said those officers were confronted by a man with a loaded AK-47. Preciado allegedly came out of his house, where he lived with his wife, with the weapon, at which point both officers commanded him to drop it, according to the OSBI. The officers then retreated to their patrol cars as they continued yelling instructions. When Preciado reportedly began moving toward the officers, allegedly making threatening statements, both officers fired their weapons.

In June 2018, the Oklahoma prosecutor said police officers in a Tulsa suburb were justified when they fatally shot Preciado.