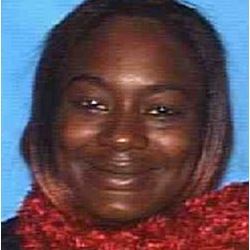 On May 6, 2007 at about 2:20 a.m. police officers responded to a disturbance call at the Modern Motel 3421 S. Padre Island Drive, Corpus Christi, Texas. The caller advised that a female hit her, stole her phone and was beating on the office door. Responding police officers located the female at the back of the motel complex. She was banging on a door and was in an agitated state. She was sweating and frothing at the mouth. Upon seeing the officers, she began to walk back and forth saying I want my fucking money back. The officers attempted to talk with her, but she did not respond to their questions. The officers suspected she was under the influence of drugs and attempted to escort her to a police car. She struggled with the officers and was taken to the ground in an attempt to gain control of her. Once on the ground she continued to struggle and managed to kick one of the officers in the eye. The officers gained control of the females arms and managed to handcuff her. After handcuffing the female, the officers immediately called for EMS to check on her health. While waiting for EMS, an officer restrained her on the ground. The female still managed to spit on an officer and attempted to grab his groin. Officers placed a hobble restraint around her knees to prevent her from kicking and moved her to a seated position. She continued to spit on officers and the officers then placed a spit mask on her face. When EMS arrived at the scene, the female was still struggling and was handcuffed to the gurney for transport to the hospital. While enroute to the hospital by ambulance, the female went into cardiac arrest and paramedics immediately began CPR. The female was admitted to Spohn Memorial Hospital and died the following day, May 7, 2007 at 7:30 p.m.