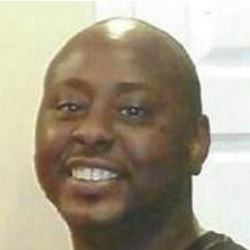 A man matching the description of an armed robber was shot and killed by a Greenville sheriff’s deputy Friday afternoon, authorities said, ending a nearly three-hour manhunt that cut through a golf course and into the driveways of this small rural community off State 11.

Clevenger said he won't be ready to rule on a manner of death until more tests, including a toxicology report, are completed.

Deputies earlier Friday had been searching for a black male suspect since 10 a.m. when they were called to an armed robbery in progress at the Dollar General between State 11 and State 14 in Gowensville, said Sheriff’s Office spokesman Drew Pinciaro.

At about 1:50 p.m., Pinciaro said a K-9 handler and his dog spotted the suspect running through the woods on Links Drive and gave chase. The road is located within a subdivision that straddles the Spartanburg County line.

The K-9 and deputy caught up with the suspect, who began to fight with both of them, Pinciaro said.

“The handler realized the suspect had a handgun in his hand and began yelling to the other members of the search team that he had a gun,” Pinciaro said.