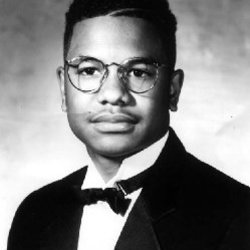 Douglas, accused of using a fraudulent credit card, ran when he was confronted by store security, and
was violently pursued by 4 store employees who chased him down, caught and put him into an illegal
choke hold and strangled him to death. Strangling and asphyxiation is not what you see on television;
it takes over three minutes with massive pressure to kill someone by strangulation Eyewitness accounts
say that Douglas was choked for four minutes, with one security guard holding him in a headlock and
choking him, and another sitting on his back.