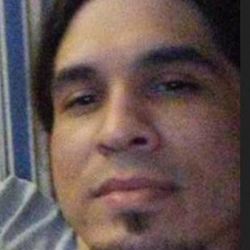 Police officers trying to serve a warrant in the 2900 block of SW 23 said a man fired a gun at them, said Capt. Bo Mathews, a spokesman for the Oklahoma City Police Department. Officers returned fire, killing the man, officers said.

It was initially unclear whether the man inside the home was struck by gunfire, but police confirmed around 10 a.m. Wednesday that he had been shot and killed.

Mathews said officers who fired back at the man then backed off from the house and called a tactical team about 2:30 a.m. The shooting was just east of S Brookline Avenue.

Dino Gutierrez, 72, who has lived about a block away from the scene of the shooting for 13 years, said he awoke to gunfire about 2:30 a.m. Wednesday.

"I heard a round of shots going off," Gutierrez said. "I thought bullets might come in the house and hit us accidentally. That is the only thing I was worried about."