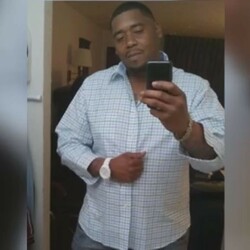 Cause of death: Response to Medical Emergency

On July 14, 2021, 37-year-old Dontriel Jovan Coates was booked inot the Chambers County Jail.  According to the Chambers County Sheriff's Office, a deputy offered to give Coates a courtesy ride to Anahuac after spotting him sitting outside.  Coates's mother, Cherrie Coates, stated that she believes law enforcement officials were familiar with coats, a claim supported by court records.  The deputy then ran a warrant check and discovered that a judge issued a motion to revoke Coates's probation due to a drug offense. He then arrested Coates and transported him to the county jail.

The Sheriff's Office alleges that Coates may have swallowed baggies containing a controlled substance after realizing he would be booked into jail.  Jail staff say that, during an entry search, they found that Coates was in possession of what they believe was methamphetamine and charged him for the offense.  According to the Houston Chronicle,

He was placed in a holdover cell to wait for his arraignment and four times called his mother to discuss why he had been arrested and whether he could bond out of jail.

Coates asked to speak with a sheriff's office captain, where he argued that the agency was violating his rights and disrespecting him.  Chambers County Sheriff Brian Hawthorne reported that there is video footage of Coates during his time in custody with the exception of the short meeting with the captain.  According to the Sheriff's Office report, staff conducted routine checks every half hour.  An hour and a half later, officers noted that Coates was lying face down and covered in perspiration.  An officer asked Coates if he ingested anything before being booking into jail, but the report states that he was "responsive but difficult to understand."

Coates was unable to walk on his own, so officers laid him down and monitored his vital signs Jail staff called EMS, which transfered Coates to Bayside Community Hospital in Anahuac, Texas.  They prepared to transfer him to Hermann Memorial Hospital in Houston, Texas but Coates passed away beforehand.

However, Coates mother and family state that they have received little information about his death and have requested all pertinent surveillance footage.  Chambers County Sheriff Brian Hawthorne says that he will release footage after the Texas Rangers conclude their investigation into Coates's death.  Hawthorne noted that there is video footage of Coates during his time in custody with the exception of a short meeting with an official to discuss bond.

Coates's family has filed open records request for body camera, car, and jail surveillance footage.  As of August 2021, little information has been released.