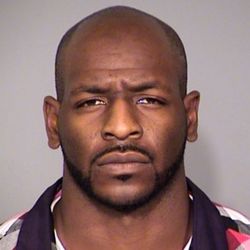 Donte Sowell, 27, was wanted for violating probation on a case involving felony possession of marijuana, according to court records. The warrant was issued June 27. Sowell tried to elude Indianapolis Metropolitan Police Department officers during a traffic stop just before 7 p.m. Thursday at the Marathon gas station on the northwest corner of East 38th Street and Mitthoefer Road, police said. Sowell, a passenger in the car, got out and ran south on Mitthoefer Road. The officer who made the initial traffic stop immediately radioed to dispatchers a detailed description of the passenger, who was later identified as Sowell. The description helped other responding officers spot the passenger near the north entrance of Amber Woods apartments, a few blocks south of the gas station.

According to police, when Sowell saw other officers pulling up to the entrance, he opened fire. A gunbattle ensued between him and Patrolman Javed Richards, police said. A female security guard at the apartment complex also shot at Sowell.Attorneys for Sowell dispute the police account, saying that multiple witnesses confirm that Sowell was unarmed and that he had surrendered to police but they kept shooting at him until they killed him.

The Marion County grand jury declined to criminally indict any of the officers, or a passing security guard who joined in the firing of shots, for their actions that night.