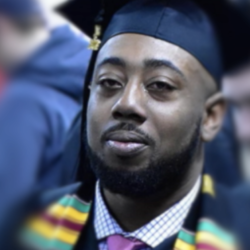 On the night of March 26, 2021, a Virginia Beach Police Department (VBPD) officer shot and killed 25-year-old Donovon Lynch during multiple shootings in the Oceanfront area of Virginia Beach, Virginia.  VBPD claims that Lynch is the only person shot by police that night.  Initially, VBPD stated that there was no evidence a gun found nearby belonged ot Lynch, but later claimed that Lynch was "brandishing" a gun. Virgina State Police is conducting an investigation into the events of that night focused solely on Lynch and the events leading to his death.

The attorney for Lynch's family, Jeff Reichert, claims to have evidence of mishandling during the investigation via witness statements and surveillance video; he has not disclosed details of that evidence.  Reichert also claims that after Lynch was shot, he wasn't taken t the hospital, and that a bystander trying to render aid was instead shot by police as well. Further, Reichert also stated that while Lynch had a firearm, he was not brandishing it as claimed by VBPD, based on Lynch's character and eyewitness statements.  The family stated that Lynch did have a license to carry a firearm, and that the officer and Lynch knew each other from high school.

VBPD has confirmed that the officer who shot Lynch did not have their body camera on for "unknown reasons;" Reichert has stated that the second officer who responded to Lynch was also not wearing a body camera.  VBPD has not identified the officer other than to say that he is a Black man.

Lynch's family and their attorney, Jeff Reichert, assert that Lynch's death has been mishandled from the beginning, stating that a bystander was shot while attempting to aid Lynch, that officials moved his body after his death, and that key witnesses were not interviewed.  They have continuously called for a federal investigation, and are pledging to finance an independent investigation if a federal investigation does not occur.

The family later held a memorial service for Lynch on Monday, April 5, 2021.