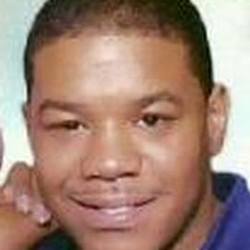 34-year-old Donatae Martin was shot and killed early in the morning on July 23, 2015 by Montgomery County Sheriff”s Office deputies after they said he appeared to have a handgun while still inside his vehicle. Martin was taken by ambulance to Grandview Hospital where he was pronounced dead. The Montgomery County Coroner’s Office is performing an autopsy and may release a cause and manner of death this afternoon.

Deputies responded to 318 Springbrook Blvd. after a 911 call at 12:43 a.m. Thursday in which the caller said a maroon Grand Prix smashed into a green car. “There’s a car that smashed into my neighbor’s car and I don’t know if there’s somebody in there,” the 911 caller said. “The windows are tinted. I don’t know if they’re passed out or drunk or what, but somebody needs to come here ASAP.” When asked by a dispatcher if anyone was injured, the caller responded: “Don’t know. We can’t tell. We don’t want to go up to their cars without police. We don’t know what’s going on inside that vehicle.”

A Montgomery County Sheriff’s Office (MCSO) press release issued at 5 a.m. described law enforcement’s response. “Deputies responded to the scene and upon making contact with the lone occupant seated in the drivers’ position, identified that the driver was displaying a handgun,” the release stated. “The responding Deputies discharged their weapons and the driver was struck by the gunfire.”

An autopsy showed he was shot 13 times and three were shots to the head.