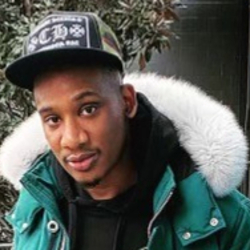 David Hall Dixon, 40, was charged with two counts of murder and one count of attempted murder for shootings that happened at 5 a.m. last month outside his condominium building in Takoma Park. At the time, Dixon was headed to the Pentagon for work, noticed that one or more men were possibly breaking into a work van and confronted them.

Prosecutors said that Dixon, who was off-duty at the time and not in uniform, fired his service weapon only after the men were driving out of the parking lot and did not represent any danger to him.

“His intent was clearly to put five rounds in the back of a fleeing car,” Montgomery Assistant State’s Attorney Kelly McGann told the judge.

One of the rounds struck back-seat passenger Dominique Williams, 32, in his upper back, and another round struck front-seat passenger James Lionel Johnson, 38, in his upper back, according to charging documents. The driver, Michael Thomas, 36, was not hit and drove his friends to the hospital — calling out their names as they lost consciousness. Johnson and Williams were pronounced dead upon arrival.