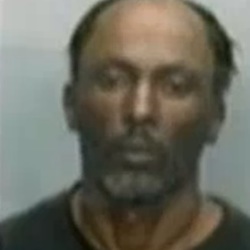 The incident began when the officer and his attacker had a struggle at the gas station at Northwest 25th Street and LeJeune Road, and the officer was forced to fire, leading to the suspect being pronounced dead on the scene, Miami-Dade Police Major Hector Llevat said.

A gas station employee told NBC 6 South Florida that the officer intervened when he saw the suspect, 51-year-old Dominique Jean, trying to light a fire near one of the gas pumps. That’s when Gutierrez was assaulted, according to officers.

The officer sustained puncture wounds to one of his forearms and his lower back. Police also said that one of his thumbs was nearly bitten off.

The officer was forced to open fire to protect himself, according to police. Witnesses said they heard as many as four gunshots during the confrontation.