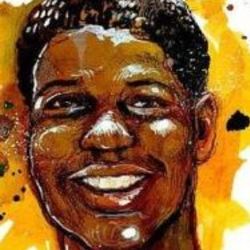 A Sauk Village man shocked by a police Taser earlier this month after a reported burglary at a Walgreens store died Tuesday afternoon.

Dominique Franklin, Jr., 23, of the 21000 block of Olivia Avenue in the far south Chicago suburb, died at Northwestern Memorial Hospital, a spokesperson with the Cook County Medical Examiner's Office said.

Franklin was charged May 8 with two counts of of resisting a peace officer and a one felony count of retail theft, police said.

He was taken to Northwestern Memorial Hospital the day earlier after hitting his head on a light pole after officers used a Taser on him. Authorities said Franklin was running away after stealing from a Walgreens store on the 1600 block of North Wells Street.

“Per the ambulance report, it was the time was estimated at 15 to 20 minutes before he was offered any medical assistance,” said Franklin.

Witnesses shot video of the aftermath where you can see Franklin Junior lying in the street as police officers stand around him. Witnesses interviewed on the evening of the event claim no one appeared to be offering to help. That’s why Franklin is now suing the city.

“It’s my intent with legal counsel to find out what happened. It’s a duty I owe to my father and our family to find out why my son met an early death,” he said.

May 2015 We Charge Genocide was formed to commemorate his death.