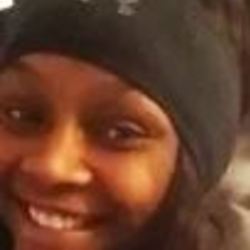 Jeff McCutchen, interim chief with the Oxford Police Department, said that early on in the investigation, it was found that Kinne, a four-year officer with Oxford Police, was possibly involved in a relationship with the victim.

MBI was called in at that point, and McCutchen said the agency would ensure the investigation would be independent and unbiased.

"We want to assure you that we will not hide behind our badge," McCutchen said. “Our hearts go out to the family of Dominique Clayton. To the family, we thank you for your patience and your trust in us to see this through.”

Clayton was found dead in Oxford on Sunday, but so far few details have been released.

No details were given Tuesday about Kinne’s involvement with Clayton or exactly how she died. A family member said Monday that Clayton's body was lying on her bed and there was a lot of blood on the back of her head.

Reggie Clayton, a cousin of the victim, thanked the MBI for their investigation.