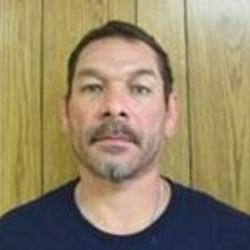 Tahlequah police officers fatally shot a man Friday night after he reportedly refused to comply with their demands and then lunged at them with a hammer.

Police were dispatched to the area of 400 E. Shawnee St. in Tahlequah to deal with a disturbance. On scene, Lt. Brandon Vick, patrolman Josh Girdner and patrolman Chase Reed met 49-year-old Dominic Rollice, according to a news release from Tahlequah Police Chief Nate King.

Rollice was reportedly refusing to leave the area and when officers approached him, they allege he grabbed a hammer, according to a news release from the Oklahoma State Bureau of Investigation.

Rollice reportedly refused to drop the hammer when ordered.

“Instead, Rollice lunged toward officers,” the OSBI release states.

Two officers fired the weapons at Rollice, according to the release. He was taken to a local hospital where he was pronounced dead.

The OSBI is investigating the officer-involved shooting and will turn over evidence to the Cherokee County District Attorney’s Office. The office will determine whether or not the shooting was justified.

All three officers were placed on administrative leave following the shooting, King said.

King said in the news release that body camera footage from the incident will be released after family members see it. The department will release the footage at a press conference scheduled for Tuesday or Wednesday.

The District 27 District Attorney's Office announced Wednesday evening, Noveber 16, 2016 that no charges would be filed against three Tahlequah police officers involved in the fatal shooting of Rollice.