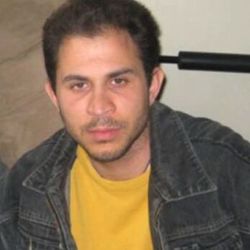 Dixon Rodriguez, 33, was shot and killed by police on Dec. 4, 2013 in front of the Hall Avenue apartment he shared with his mother, Asela. Asela Rodriguez called police to report her son had become violent and was not taking prescribed medication for an emotional disorder. The tape shows two officers speaking with Rodriguez before he lunges at one of the officers and is then apparently shot by the other.

Rodriguez' family claimed in a lawsuit filed in December 2014 that police entered their home after the shooting, took a knife from the kitchen and planted it on the victim’s body.

On June 9, 2015, prosecutors released the grainy video of the shooting, taken from a security camera across the street and embedded below.

In response to allegations that millions of taxpayer dollars have been squandered on police misconduct lawsuits, Mayor Wilda Diaz reiterated her support for officers who killed Dixon Rodriguez.