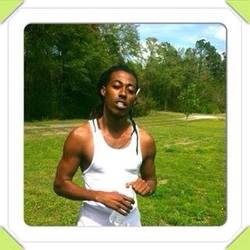 According to warrants, the suspect entered the Hills Food Store on Broad Street in Loris at about 6:15 a.m.Sunday after breaking the glass of a sliding glass door with a brick. Once inside, he brandished a handgun at four employees, and demanded that Norris and another employee open the safe.

The other employee grabbed the keys and went to open the safe. As she was opening the safe, Norris got up and lunged at the suspect, who then shot Norris five more times, mortally wounding him. The suspect then grabbed money from the safe and fled the store.

Horry County Police investigated the incident, and later 22-year-old Dion Julius Brown as the suspect, according to the warrant.  The store's Loss Prevention Officer knew the suspect was Brown because he was a former employee at the store, and the officer knew his appearance, build, mannerisms, and the way he walked.

Detectives tracked Brown's cell phone to the proximity of the Hills Food Store during the time of the homicide and robbery, the warrant states.

HCPD worked with deputies in Columbus County, North Carolina to locate Brown. On Tuesday morning, Brown was killed in a gunfight with law enforcement in Tabor City, allegedly after starting a deadly arson fire nearby, according to North Carolina District Attorney Jon David.