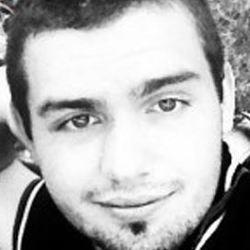 Twenty-year-old Dillon Taylor was fatally shot by Salt Lake City police officer Bron Cruz on August 11, 2014, just one week after the controversial police shooting of Michael Brown in Ferguson, Missouri. Like Brown, Taylor did not have a weapon on him at the time. Still, Salt Lake County District Attorney Sim Gill ruled in September that Cruz had reason to believe Taylor was attempting to pull a gun from his pants, effectively exonerating Cruz of any wrongdoing in the incident.

But a newly posted YouTube video may cast doubt on Gill’s decision. In it, Cruz can be seen exiting his vehicle and walking behind Taylor. Cruz draws his gun and yells at Taylor, who turns around, and with his hands near his waistband, does not immediately respond. Then, Cruz shoots Taylor.

In October, 2015, it was reported that the family of Dillon Taylor was suing the Salt Lake City Police Department for fatally shooting their unarmed son.

On April 27, 2016, ia new report indicated that the brother and cousin of Dillon Taylor had settled their portion of a federal lawsuit against Salt Lake City, South Salt Lake City and Salt Lake County. The three entities jointly paid a total of $85,000 to the brother, Jerrail Taylor, and the cousin, Adam Thayne — who claimed they were unlawfully detained by police after the shooting.

A federal judge dismissed a lawsuit filed against Salt Lake City by the family of an unarmed Utah man who was fatally shot by a police officer in 2014. The judge dismissed the case on May 17, 2019, saying that because the city officer didn’t violate any laws or constitutional rights by shooting and killing Dillon Taylor, the city can’t be held liable for the officer’s conduct.