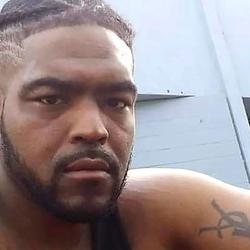 Dijon Kizzee, a 29-year-old Black man was fatally shot by Los Angeles County Sheriff’s deputies on August 31, 2020, was running away from deputies when he was killed, attorneys for Kizzee’s family alleged.

“Dijon Kizzee did not deserve to be executed like this in cold blood as he was running away,” attorney Benjamin Crump said during a virtual news conference.”He was riding a bicycle while Black.”

On August 31, two deputies spotted Kizzee riding his bicycle in the afternoon and attempted to stop him for violating a vehicle code.  The deputies said that Kizzee dropped the bicycle and ran for about a block.  According to Lt. Brandon Dean, the deputies attempted to make contact with Kizzee again but he punched one of them in the face.

During the incident, Kizzee dropped a bundle of clothing, and deputies spotted a black handgun in the pile.  According to the Sheriff's department, Kizzee made a motion to the firearm, and deputies opened fire, killing him.

Kizzee died from gunshot wounds, the medical examiner announced Thursday, but how many gunshots he sustained won’t be released for a while.

The preliminary results have been placed on a security hold by the department, according to the Los Angeles County Medical Examiner-Coroner’s office.  Attorneys for Kizzee's family allege that he was shot at least 15 times.

The LA Times did obtain a video of the shooting, which shows a physical altercation between Kizzee and the deputies.  The video then shows that Kizzee tries to get away and falls to the ground before the deputies open fire multiple times.