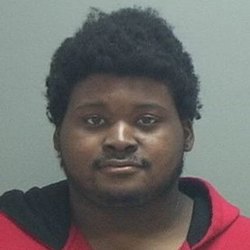 Three West Jordan police officers were dispatched to Liberty Landing Apartments, just off Center Park Drive near 7000 South, about 4:20 p.m. after a report of domestic violence involving a man armed with a knife, according to Sgt. J.C. Holt. When the officers arrived, the woman who lives there let them into the apartment.