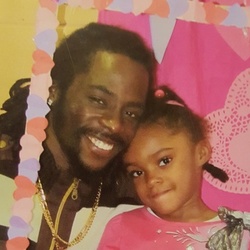 Police said the incident began at Somerset and Home streets in Somerset when Grant encountered two uniformed Franklin police officers. The officers pursued him on foot across the town border along Somerset Street into New Brunswick, where the officers and Grant exchanged gunfire at 1:31 a.m., Carey said in a statement released Saturday morning.

Some of the questions although not all that we have:
- What were the circumstances that led to the original confrontation between Mr. Diahlo and the Franklin police?
- What procedures and policy are in place that allows the Franklin police to chase, confront and eventually shoot and kill Mr. Diahlo in a neighboring county/jurisdiction?
- Why the immediate release of information regarding Mr. Grant’s prior police record which related to relatively minor non-violent offences. Is the public expected to believe these past indiscretions justify the killing of Mr. Grant?
- Why the names of the officers involved in the shooting have not been made public.
- Why any complaints or disciplinary actions taken against the officers involved were not immediately made public.

The NAACP fully supports police officers when they carry out their duties giving the members of all communities the courtesy and respect everyone deserves. This support comes when the community is given timely, unbiased and complete information.

New Jersey does not list police shootings in its crime reports and does not keep a central tally. Thus, the state could not supply statistics for the current year. NJ Spotlight had to review press releases issued by the state and county law-enforcement agencies to come up with the number four.

A national review of news accounts, press releases, and public records by “The Washington Post” published in December put the number of New Jersey fatal police shootings at 15 in 2015. An NJ Spotlight review of press releases from the 21 county prosecutor’s offices and state attorney general found 15 police-involved shootings reported, not all resulting in fatalities, while a state tally listed 10 incidents reported by local and county law enforcement in which police used force, all involving firearms, two of which resulted in fatalities. The tally is self-reported, meaning it relies on local police to voluntarily provide information to the state. The Post reported that, nationally, there were 990 fatal police-involved shootings, or an average of 19.8 per state. New Jersey ranked 25th among states using the Post data, tied with Maryland and Oregon. Four states accounted for 388 of the 990 police-involved fatalities: California with 188, Texas with 98, Florida with 60, and Arizona with 42.

A 2006 directive requires all fatal use-of-force incidents and all that result in bodily harm to be reported to the attorney general’s office. The federal government does not track police-involved shootings.

The discrepancy in New Jersey numbers, critics say, is not a surprise because record-keeping by local police has not been standardized. Udi Ofer, executive director of the ACLU of New Jersey, calls it a “mess” and says it impedes the public’s ability to understand how police operate and leaves local police unable to use state-of-the-art data analysis to improve their police practices.

On July 14, 2016, it was reported that the family of Diahlo Grant has filed a tort notice for a possible wrongful death claim against Franklin Township and its police department.